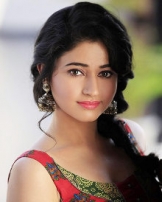 Poonam Bajwa is a popular South Indian actress who acts in Tamil and Telugu language films. She starred in Boss opposite superstar Nagarjuna and Nayantara. She made her debut in Kollywood through a film titled Seval opposite Bharath. Her father's name is Amarjit Singh Bajwa, mother's name is Deepika Bajwa and she has a younger sister.