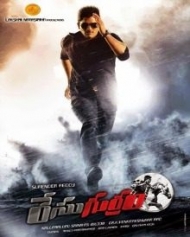 Race Gurram is a romantic action movie. In which, Allu Arjun and Shruti Haasan playing the main lead roles along with Prakash Raj and kick Shaam are playing the crucial roles.

Its all about two brothers who do things differently. While one brother follows rules and regulations, the other tries to achieve it in his own way.

Allu Arjun and Kick Shaam have played brothers, while Shruti Hassan and Saloni Aswani appear as their love interests, respectively in Race Gurram. Bramhanandam is essaying the role of a police, who helps the hero to take revenge against his enemies.

SS Thaman has composed tunes for the soundtracks and background score for the film, while Manoj Paramahamsa handled the cinematography.