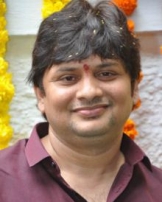 He made his directorial debut, Athanokkade with Nandamuri Kalyan Ram. His noted films are Kick starring Ravi Teja , Ileana D'Cruz and Race Gurram starring Allu Arjun and Shruti Haasan. All the films he directed except for Athanokkade are the stories written by Vakkantham Vamsi. Surender's films are known for bold storylines and his unique depiction style of the protagonist.