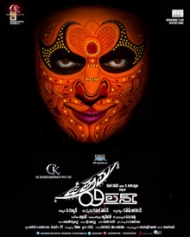 Comedy Romance
Release Date : 01 May 2015
Cast : Kamal Haasan, Andrea Jeremiah
Director : Ramesh Aravind
Synopsis
Uttama Villain is a dubbed version of Tamil movie Uthama Villain and it is an tri-lingual movie starring Kamal Haasan, Jayaram and Pooja Kumar in lead roles which will be filmed simultaneously in Tamil, Telugu and Kannada. Movie is being directed by Ramesh Aravind and music will be done by M Gibran

Uttaman an 8th century drama actor and Manoranjan, a 21st century cinema Superstar. Both the characters are portrayed by Kamal Haasan. Manoranjan's mentor, who has groomed and guided him to this status of superstardom, is played by K. Balachander.