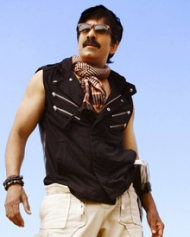 Yevado Okadu movie launched on 22nd October 2015 in Hyderabad and it will release in summer 2016.