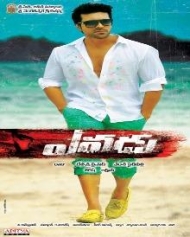 Yevadu is an action thriller film written and directed by Vamsi Paidipally. In which, Ram Charan Teja, Shruti Haasan and Amy Jackson are playing the lead roles. Allu Arjun and Kajal Aggarwal will be seen in a 15 minute cameo appereance, which the director claims is a key portion in the script. Saikumar and Murali Sharma playing yet another important roles in this movie.

Satya (Allu Arjun) falls in love with Deepthi (Kajal Aggarwal). Meanwhile, a don named Dheru Bhai (Rahul Dev) is madly after her. Dheru kills Deepthi by setting fire to the bus in which she was travelling.

Allu Arjun escapes the accident, but his face would be completely burnt. During...