Rashmika Mandanna is now considered as one of the most popular actresses in the Telugu film industry. Currently, the actress is busy promoting her upcoming film Bheeshma in which she will be seen opposite Nithiin.

Bheeshma is slated to release on February 21, 2020. Hence, Rashmika Mandanna is constantly giving interviews and promoting her upcoming film on every platform. Recently during a media interaction, the Dear Comrade actress revealed her childhood crush.

During an interaction with media, Rashmika was asked about her crush and who she wants to work with in the future. After thinking for a while, the Geetha Govindam star named Thalapathy Vijay as her crush. Isn't it interesting?

Rashmika said, "Since my childhood, I have always loved Tamil star Vijay Thalapathy as he is my childhood crush." The actress also added that she wants to work with Master star in future. 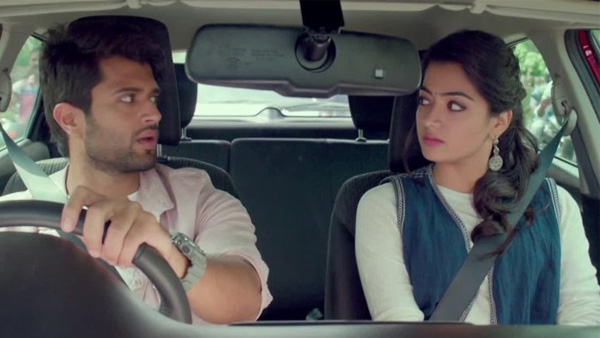 After featuring in Kannada and Telugu films, Rashmika Mandanna will soon be seen in Tamil film, Sulthan opposite Karthi. She has already wrapped the shoot of the film and waiting for its release.