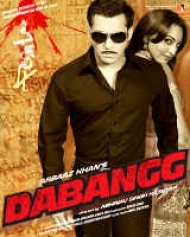 The movie is set in the state of Uttar Pradesh. Salman Khan plays a character with negative shades in the film. His role is that of a corrupt police officer, named Chulbul Pandey, also known as Robinhood Pandey. The film tries to highlight the flaws and loopholes in the system.