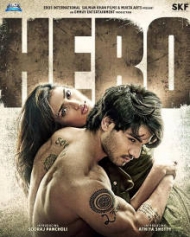 When two worlds collide, a boy and a girl find themselves stuck in a whirlpool of such intense love that they would do anything, go to any extent and face all odds for the one they love.

Story in detail:
Sooraj (Sooraj Pancholi) is a gangster of Mumbai who meets Radha (Athiya Shetty), daughter of the city's Chief of Police. One day, Sooraj takes Radha, telling her that he got instructions from the police to take her away from city for some time.

Later Radha finds out she was kidnapped by Sooraj. After a series of events, Sooraj leaves Radha....