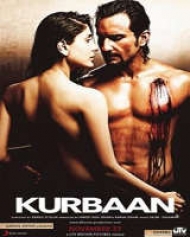 Avantika is a teacher in a university in Delhi. She has come back from New York where she teaches, because her father has suffered a heart attack. During this period, she meets a temporary Professor called Ehsaan Khan. Soon they begin seeing each other and love blossoms.

A few months later, Avantika receives a call from her university in New York, asking her to come back for the Fall Semester. Avantika breaks the news to Ehsaan. He in turn, tells her he doesn't mind coming to the States with her, to find a job. But first they need to get married.

Soon after the marriage, they leave to start a new life in New York. They buy a house in an Indian neighbourhood and move...