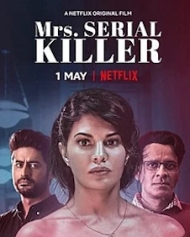 In a small town somewhere in Uttarakhand, Sona Mukherjee (played by Jacqueline Fernandez) lives with her husband and doctor, Mrityunjoy Mukherjee (played by Manoj Bajpayee). The story kick starts when some unmarried pregnant women go missing and the circumstantial evidence, like finding the dead bodies on his property, points to Mrityunjoy. What happens next forms plot of the movie.