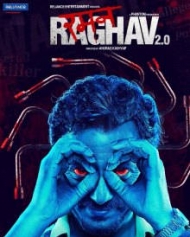 Story in detail:
Set in present day Mumbai the story follows the life of a serial killer Ramanna who is inspired by an infamous serial killer from the 1960s Raman Raghav.
His strange obsession with Raghavan, a young cop keeps growing as he closely follows him without his knowledge and often creates situations where both of them come face to face.

Character:
Raman
Ramanna is a scavenger, who also serves odd jobs. He is subjected to be responsible for the murders of pavement dwellers over the course of time. He has been...