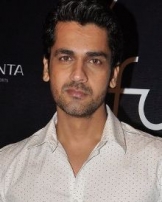 Arjan Bajwa is an Indian actor who has acted in Hindi & Telugu films. Arjan is derived from the name of the fifth Sikh guru - Guru Arjan Dev Ji.

Arjan hails from a Punjabi family. He has been born and brought up in Delhi. His father was the Deputy Mayor of Delhi - Late Mr. S.S. Bajwa and his mom is a housewife. His younger brother works in a music company called Dada Music which is owned by Ankur Puri, son of Arun Puri.

Arjan has a graduation degree in architecture.
He is a black belt in Taekwando from World Taekwando Federation (WTF), Korea. He was the third runner-up at the Gladrags Super Model Hunt. His screen name is Deepak for the Telugu movies.