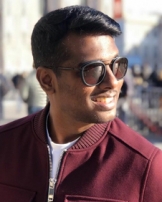 Atlee is a director, the founder of a production company, a screenwriter, and a dialogue writer who primarily works in Tamil. He served as Shankar's associate director for five years. His breakthrough as a director came in 2013 with Raja Rani. In addition to the Edison Awards, IIFA Utsavam, SIIMA Awards, and Vijay Awards, he also won the Tamil Nadu State Film Award.

Atlee was born Arun Kumar on September 21, 1986, in Thiruparankundram, Madurai. He received his Bachelor of Science in Visual Communication from Chennai's Sathyabama University. Atlee married the actress Krishna Priya on November 9, 2014, at the Hyatt Hotel in Chennai. Initially, he assisted S. Shankar in the direction of the movie Enthiran and the 2012 film Nanban. On Facebook, Atlee was well-known for his impressive project of the award-winning short film Muggaputhagam.

Upon the release of that film, he surprisingly attracted a lot of social media popularity and received a lot of praise and anticipation for his upcoming film. He became agitated with Samantha and Thalapathy Vijay in his second movie, Theri. He produced the lucrative commercial film, which ultimately ranked as the second-highest-grossing Tamil film of 2016. After Theri's breakthrough, he rose to become one of Tamil cinema's finest directors.

He narrated the other tale with Vijay while they were filming Theri, and Vijay was impressed with his storytelling and the direction and scripting of Atlee. On the occasion of Diwali in 2017, Sri Thenandal Films released his follow-up film, Mersal, which featured Vijay, Nithya Menon, Kajal Aggarwal, Samantha, and S. J. Surya and included music by A. R. Rahman. Mersal was a box office hit, earning 251 crore globally to rank as the 5th most profitable Tamil movie and Vijay's highest-grossing film in his history.

Bigil, Atlee and Vijay's third collaboration, was released on Diwali 2019 and was a box office smash, grossing more than Rs 300 crore and topping Tamil films for the year. Bigil was one of Tamil cinema's biggest box office successes, but it received mediocre critiques overall. The Raayappan character's plot was absolutely breathtaking, but the public and fans were blind to it throughout the entire movie. This minor flaw was only conceivable due to Atlee's brilliance and the commercial success of his earlier movies.