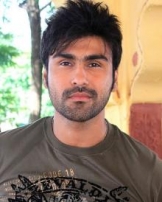 Arya Babbar is an American-born Indian actor working in Bollywood and is the son of actor Raj Babbar.

He made his film debut in the 2002 film Ab Ke Baras which did not fair well at the box office. He acted in the hit movie Guru released in 2007 as the brother of Aishwarya Rai. He is also a journalist.

In 2009, he starred in his first Punjabi movie Virsaand and then in the movie Me Oh Khuda, which is about a girl in search of her father.