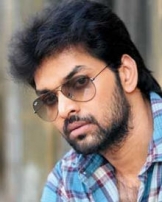 Jai is a Tamil film actor. He is best known for his performances and appearances in the films Chennai 600028, Subramaniapuram and Engeyum Eppodhum. He is the nephew of music director Deva and cousin of Srikanth Deva.

His first film was as Vijay's brother in the 2002 film Bhagavathi. Jai was set to make his debut in the lead role in a remake of the Telugu film, 6 Teens, but the film never took off.

His first notable role was in Chennai 600028 (2007) and his first lead role was in the critically acclaimed Subramaniapuram (2008). He has since appeared in notable movies such as Goa, Kanimozhi, Aval Peyar Tamizharasi and Vaamanan.

In March 2009, Jai ran into trouble for making controversial comments about the potential box office fare of his future films. The actor, who was filming for Vaamanan, Aval Peyar Thamizharasi, Adhe Neram Adhe Idam and Arjunan Kadhali at the time revealed that only Vaamanan would do well and the rest would become financial failures.

The producer of his films also revealed they wanted to take an action against Jai for "making such irresponsible and damaging statements about his own films." Initially, the Nadigar Sangam council had asked him to complete his pending assignments before he could start work on any other project, beginning with Venkat Prabhu's Goa. The film's producer, Soundarya Rajinikanth, intervened and bailed Jai out of the ban.