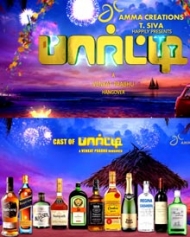 Party is an Tamil comedy movie written and directed by Venkat Prabhu. The movie Party cast includes Jai, Mirchi Siva, Sathyaraj, Ramya Krishnan, Nassar, Kayal fame Chandran, Regina Cassandra, Nivetha Pethuraj and Sanchitha Shetty in important roles.
Yuvan Shankar Raja will not be scoring music for a Venkat Prabhu film and in his place, Premji will be the music director of this film.
Rajesh Yadav handles the cinematography, while Praveen KL will be the Editor. The movie is being produced by T Siva under his banner Amma Acreations.