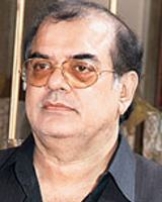 'Ramsay' is synonymous with horror films. The vast clan, led by FU Ramsay, are the pioneers of horror films in India cinema. Capitalising on the success of 'Do Gaz Zameen Ke Neeche' in 1972, the Ramsays, over the next two decades, spooked theatre-goers with their bhoots and bhoot banglas.

Keshu, one of the Ramsay sons, also flagged off his career with ghosts, but cranking a camera, not commanding one. However, soon he had persuaded his father to launch him as a director with Sindhi film. Few remember the film but proved it had a deft touch. More films as captain of the ship followed. True to the family tradition, Keshu made his directorial debut in Hindi films with the chiller-thriller 'Haveli'. However, unlike others in his extended parivar, Keshu's taste changed - from spirits to sports. Breaking away on hi own and dropping the Ramsay name, he slowly but surely made his mark in a more commercial set-up with his Khiladi series of films. Of the 13 films he produced, 7 of them have the word Khiladi in their title and stars his favourite actor, Akshay Kumar, who incidentally was his discovery.

Keshu Ramsay, the third youngest brother of the seven Ramsay brothers, passed away tuesday night(19.10.2010). The 55-year-old filmmaker suffered from a massive attack and is survived by three sons Dinesh, Mayur (Aryaman) and Sagar.