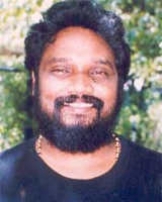 Mohan Sithara is a leading Malayalam film music composer in Kerala. He began his career in 1986 with the film “Onnu Muthal Poojyam Vare” (one to zero).

He began his musical career as a music director in the film industry since 1986 with the film "Onnu Muthal Poojyam Vare". The song Raree Rareeram Raro from this film was a big hit and thus he reserved his place in the array of music directors in the Malayalam film industry. In 1989, he scored for the Blockbuster Malayalam movie, Chanakyan, starring Kamal Haasan.

Then came big hits from him like Deepasthambam Mahasharyam, Mazhavillu, etc. After a small gap, he had a bumper return with the grand success of songs in the Kalabhavan Mani starrer Vasanthiyum Lakshmiyum Pinne Njaanum.

At present Sithara runs a music college at Thrissur, which is his native. He gave music for the National awarded film "KARUTHAPAKSHIKAL" directed by Kamal in 2006 and produced by Kaladharan K. V. This film was National awarded for the best feature film for family welfare in 2006.