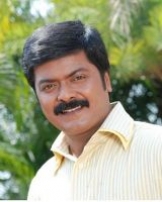 Murali (19 May 1964 – 8 September 2010) was a South Indian film actor who appeared in the leading and supporting roles in Tamil and Kannada throughout his career. Murali has acted with many stars including Vijaykanth, Prabhu, Sathyaraj, Karthik, Prabhu Deva, Surya, Parthiban, Sarath Kumar, Mammootty and Sivaji Ganesan. In the 1990s, He has also acted with famous heroines including Meena, Simran, Roja, Devayani, Laila and Rambha.

His debut film was  Bharat Gopi's  'Njaattadi', which was not  released. Although he acted in Aravindan's 'Chidambaram' and Lenin Rajendran's 'Meena Masathile Sooryan' his first film to be released was 'Panchagni' of Hariharan.

His son, Adharvaa, debuted as an actor in the 2010 Tamil film Baana Kaathadi.

Murali was the son of Kannada director Siddalingaiah and started acting in Kannada films in 1984.

Murali started his acting career in 1984 with the Kannada film "Prema Parva",directed by his father director Siddhalingaiah. Ajeya,Prema Gange,Thayikotta Thali,Sambhavami Yuge Yuge, Ajay-Vijay are the Kannada movies he did before entering into Tamil film industry.

Poovilangu was his first Tamil movie. He earned a good name with that film. He then acted in Pagal Nilavu, along with actress Revathi. The movie introduced the director Mani Ratnam to the Tamil film industry. Though this movie garnered Murali great recognition he could not sustain his success much longer. His movies started failing at the Box Office one after another.

Interestingly,the angry young man image that Murali portrayed in his first few films disappeared after Pagal Nilavu and he appeared more as a soft natured,turning violent only when required, in his subsequent films. He did a lot of romantic drama roles and was remarkably subtle -something distinctly different from his first film - Poovilangu or even Pagal nilavu. Many of these movies were small and moderate successes and he continued as hero in a number of films every year.

Then came 'Idhayam' - the movie where he portrayed the soft romantic hero pining and longing to reveal his love to his lady. This character appeared perfectly consistent with his image and many remember him as hero of this movie (the movie had hit songs which remind many of Murali) much more than the angry young man of Poovilangu.

In 1990, he starred in Vikraman's Pudhu Vasantham along with Sithara and Anand Babu. where he played one among four friends who find themselves unexpectedly saddled with a young woman. The movie was such a big hit that it re-wrote Tamil movie history, sparking a whole range of "friendship" films and also propelling his career.

He passed away on 8th of September 2010 due to heart attack.