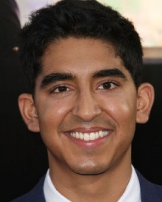 Dev Patel is an award-winning English actor known for his roles as Anwar Kharral in the E4 TV teen drama series Skins and as Jamal Malik in Danny Boyle's 2008 film Slumdog Millionaire. He was also a bronze medalist at the Taekwondo World Championship in Dublin.

Patel was born in Sudbury, London, England, to Indian Gujarati Hindu parents, both of whom were born in Nairobi, Kenya. His mother Anita Patel is a carer and his father Raj Patel an IT consultant. Dev Patel attended Longfield Primary School and later went to Whitmore High School, where he took drama, receiving an A* in his GCSEs.

Patel started training at the Rayners Lane Academy of Taekwon-do in 2000 and achieved a black belt on 11 March 2006. He competed regularly in both national and international championships, including the World Championship in Dublin, where he won a bronze medal.

Patel began his acting career in 2007, playing the role of Anwar Kharral, a British Pakistani teenager, in the E4 TV teen drama series Skins. He resumed his role as Anwar for the second series of Skins, which was aired in early 2008.

In 2008, Patel played the role of Jamal Malik, the central character in Danny Boyle's independent film Slumdog Millionaire, for which he has won the British Independent Film Award for "Most Promising Newcomer", the National Board of Review of Motion Pictures Award (NBR Award) for "Best Breakthrough Performance", the Black Reel Awards for "Best Actor" and "Best Breakthrough Performance", and the Chicago Film Critics Association Award for "Most Promising Performer" in 2008.

On 18 December 2008, it was announced that Patel was also nominated for Best Supporting Actor at the 2009 Screen Actors Guild (SAG) Awards, and he has also been nominated for the 2009 London Critics Circle Film Award for "British Actor of the Year". On 8 January 2009, Patel was honoured with the " Best Young Performer (Actor/Actress)" on Critic's Choice Awards for his role in Slumdog Millionaire.

On 11 November 2008, Patel appeared on The Today Show with co-star Freida Pinto in which he stated he was chosen for the role of Jamal due to his "average Joe" appearance. He also stated that it was Boyle's daughter, a fan of Skins, who recommended Patel for the role.

The character Jamal Malik, the protagonist, is a boy born and raised in the poverty of Mumbai. Boyle considered hundreds of young male actors, although he found that Bollywood leads were generally "strong, handsome hero-types", not the personality he was looking for.

Boyle's 17-year-old daughter Caitlin pointed him to the British television ensemble drama Skins, of which Patel was a cast member. The actor was cast in August 2007. To prepare for the role, he went along with Boyle while scouting for filming locations, where he was able to observe the slums for himself. He also claims he had a brief internship at a call centre and worked in a hotel, in which he spent a day washing dishes and generally observing Mumbai life.