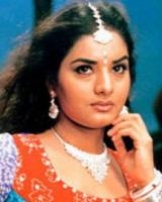 Prema is an actress in the Kannada Film Industry. She has starred opposite Shivrajkumar, Vishnuvardhan, Ravichandran, Upendra, Saikumar , Soundarya and Ramesh Aravind.

Prema was born in Bangalore. Prema studied in Mahila Seva Samaja high school in Bangalore. She completed her PUC in SSMRV college, Bangalore. Her hometown is Coorg.

Prema stepped into Kannada filmdom with the movie "Savyasachi" starring against Shivarajkumar in 1995.

Later from the block buster Om Prema gained a comfortable position in 1996 and she had been rated high in her capacity to emote any kind of role that's given to her.

Prema has also gone on to act in other languages. Today she is has acted in five languages. Her Telugu language film, Devi made a collection of Rs. 18 crores and its dubbed version was released in Hindi language.

Currently, she has done an important role in Sundarakanda, a Bapu movie with Charmee Kaur as the main female lead.