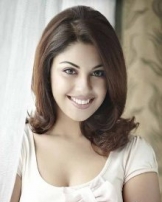 Richa Gangopadhyay is a 21 year old Michigan student. She was crowned Miss India USA 2007 at the 26th annual pageant held on Friday in New Jersey.

She also won the title of Miss Photogenic. The outgoing queen, Ayushka Singh, crowned her. Neha Multani, 22, of New York and Nisha Palvia, 18, of Georgia were respectively declared first and second runners up among 24 contestants from various parts of the US in the same contest.

At the pageant all contestants took part in the Indian dress and evening gown segment. In the talent round, the top 10 presented Bollywood dances, kathak, bharatanatyam, violin as well as poetry recitation and singing.