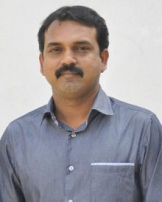 Koratala Siva is an Indian film director, and screen writer known for his works in Telugu cinema.

Starting his career working as a software engineer, Siva worked as a screenwriting assistant as siva is the nephew of Posani Krishna Murali. Subsequently, he ventured into cinema as a Dialogue writer for films such as Okkadunnadu, Munna, Brindavanam, and Oosaravelli.

In 2013, He made his directorial debut with Mirchi. In 2015, he directed Srimanthudu and becoming the second highest grossing Telugu film at the time, and has received three Filmfare Awards South, six IIFA Awards, and six SIIMA Awards. He then directed another film Janatha Garage which grossed an estimated ₹135 crore. It earned a distributor's share amount of ₹60 crore in its first week of release. He directed Bharat Ane Nenu starring Mahesh Babu.