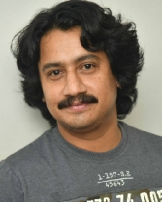 Sanchari Vijay is an actor in Kannada cinema. He is also a very versatile Theatre actor from the Sanchari Theatre, a culture centre and unique theatre, which is also popular as an elegant drama troupe.

Vijay won the 2014 National Film Award for Best Actor for the transgender role in the film Naanu Avanalla Avalu. Harivu, another Vijay film Harivu, won the National Film Award for Best Feature Film for Kannada language.
Death
Sanchari Vijay met accident on June 12, 2021 at Bengaluru and he had admitted to Apollo hospital in Bannerghatta Road. On June 15, 2021 Vijay died due to heavy brain damage and went to coma, he did not respond to the treatment and Vijay family has donated his organs after his death.