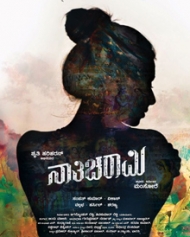 Nathicharami movie is a emotional drama written by Sandhya Rani and directed by Mansore. Produced by Ramesh Reddy under Tejaswini Enterprises banner while Bindhu Malini scored music for this movie. Editing handled by Nagendra K Ujjani and Cinematograpy by Guruprasad Narnad.

Nathicharami is about Gowri whose life is perplexed between her physical desires and emotional beliefs. The film narrates the struggles of the protagonist in a society that believes physical desires can only be followed by a nuptial. She is stuck in her ordinary life with people from her daily life pattern who talk about their notions that are in contrary to the other.

Finally, when she feels that she has overcome her ambiguity, the situation takes a leap. The film also brings the audience's attention towards the nuances women from different walks of life face.