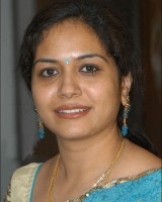 Sunitha Upadrashta is a renowned Playback Singer, Anchor and Dubbing Artist in Tollywood.

Smt. Sunitha has traveled abroad extensively as a Singer and claimed International recognition. She was invited to Telugu Association of North America –TANA in 1999, 2001. For TANA 1999 she was a part of the troop with Nagarjuna, RamyaKrishna and Tabu.

Smt. Sunitha is a renowed Singer, Anchor and Dubbing Artist. She has started her Cultural pursuit at a very early age of 3 years and got training in Music from Pemaraju Surya Rao in Karnatic Vocal and Light music from Kalaga Krishna Mohan for 8 years.

Having thus trained, she gave her first programme in Karnatic Classical Music in AIR in the year 1995 at the age of 16. She has given about 500 programmes so far in AIR, Dooradarshan, ETV, Gemini TV, and MAA TV. With the advent of TV and films, her latent talents in the music blossomed into perfection with fragrance.

Apart from giving about 500 programmes both in classical and light Music, Smt. Sunitha got National Award in the year 1994 at the age of 15 years from AIR.

She anchored many music based programmes and live shows on Gemini TV, MAA TV, ETV and Doordarshan.

She got married at the age of 19 to Kiran Kumar Goparaju who works in the media and they later got divorced. The couple has two children, A boy and a girl – Aakash Goparaju and Shreya Goparaju. On December 7th 2020, Sunita's Engagement held with the entrepreneur and chairman of Whackedout media Ram.