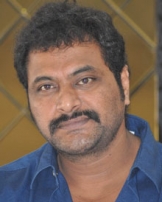 Supreeth is an Indian actor from Telugu films. He is famous for his roles in movies like Chatrapati, Maryada Ramanna. He played villain, and supporting actor roles. He also acted in Bollywood in film Rowdy Rathore, a remake of Telugu film Vikramarkudu. He also played one of the baddies is Aamir Khan's Ghajini.

He was interested in films from his childhood. He missed the auditions for the film Jayam. Later he is advised by director Teja to maintain an album. He acted in Pawan Kalyan's directorial debut Jhonny. For the sports film Sye directed by S. S. Rajamouli, he was trained in Rugby. He was first selected as a friend of the Hero Prabhas in Chhatrapati, but his role is changed to Katraju, a villain later.

This got him a lot of name and fame. After that he played villain roles in many films. Though he got opportunities as a hero, he did not accept them. Personally he likes the acting style of Mohan Babu and Kota Srinivasa Rao.