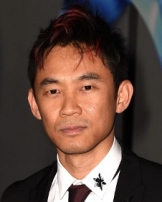 James Wan born on February 27, 1977. He is a Malaysian - born Australian producer, screenwriter, and film director of Chinese heritage. He is widely known for directing the horror film Saw and creating Billy the puppet. He also directed Dead Silence and Death Sentence.

Life and career
Wan was born in Kuching, Sarawak, Malaysia of Chinese ethnicity. He was raised in Perth, Western Australia from a young age. It was his dream to make films from the age of 11. He went on to study at the Royal Melbourne Institute of Technology, completing his Bachelor of Arts degree.Before becoming popular in the film industry, he made his first feature film Stygian with Shannon Young, which won 'Best Guerrilla Film' at the Melbourne Underground Film Festival in 2000.

He met future business partner Leigh Whannell while studying at RMIT. He would later go on to direct the 2003 horror film, Saw with the help of Whannell, who wrote the script. Wan and Whannell made a short version of the film to showcase the script. Whannell played the role of David in the short film, and the leading role of Adam in the feature film. The three producers who saw the short film and read Whannell's screenplay agreed to produce the film before Wan and Whannell even landed in Los Angeles. Wan and Whannell decided to forgo upfront salary in return for gross profits. Shot for a low US$1.2 million budget, the producers had a straight-to-DVD release in mind. However, Saw was to become a surprise record breaking theatrical horror franchise, earning Wan and Whannell much more than they had originally predicted.

Since creating the franchise, Wan and Whannell have served as executive producers to the sequels Saw II, Saw III, Saw IV, Saw V, Saw VI and Saw 3D. He has been busy creating other works with his film school partner Leigh Whannell. In 2007, he went on to broaden his filmography with another horror movie, Dead Silence, and the action drama Death Sentence. Having worked on his last three films back to back, Wan told CraveOnline that he is ready for "a bit of time off just to chill... but at the same time I'm using this opportunity to write again." Wan also directed a trailer for the survival horror video game Dead Space. It has been announced that James' next film will be an adaptation of the graphic novel Fall Night, about a criminal sent to a Texas prison run by vampires.[6] According to IMDB the film is titled 'Nightfall' instead of 'Fall Night', it is unclear which is the official title.