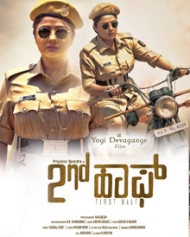 Priyanka Upendra playing the main lead as police constable in this movie and Upendra's brother son Niranjan making is Sandalwood debut through this movie while Surabhi Santhosh, Sharath Lohitashva, Veena Sunar, Rithesh, Hemanth Susheel and many others are seen in supporting roles in this movie