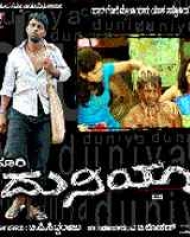 Shivlingu (Duniya Vijay), an innocent villager who works as a manual laborer in stone quarry realizes that his mother is seriously ill. He gets his mother to Bangalore for treatment, but his mother dies and he is unable to arrange finances for her funeral. He manages to pay with the only ornament he had in order to carry out the funeral of his mother. With his inability to procure a...