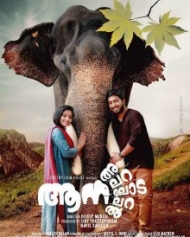 The movie is a social satire comedy set against the backdrop of Northern Kerala. It's clear from the trailer, that an elephant would also have a prominent role in Dileep Menon's Aana Alaralodalaral.

Aana Alaralodalaral all sets to hit big screens on December 22.