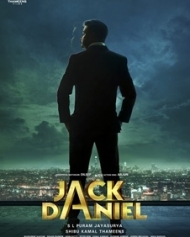 Action Drama
Release Date : 15 Nov 2019
Cast : Dileep, Arjun Sarja
Director : Jayasurya
Synopsis
Jack Daniel is a Malayalam action-drama movie, which has been directed by Jayasurya. The movie stars Dileep and Arjun in the lead roles. Daniel Alexander (Arjun Sarja), an intelligent police officer is deputed to capture the robber who has stolen about 1700 Crores of black money within one and a half years. Within a few days, Daniel discovers that his culprit is none other than Jack (Dileep), a businessman. After a series of incidents, Jack realizes that Daniel has recognized him and thus begins the cat and mouse game between the duo.