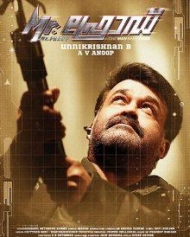 After the superhit movie Grandmaster, The complete actor Mohanlal & B.Unnikrishnan joins together for Mr Fraud.

Mr. Fraud is an Action-Thriller flick written and directed by B. Unnikrishnan. The movie will features Mohanlal, Siddique, Dev Gill, Pallavi, Mia and Manjari in the lead roles.

Click to see rare and unseen pics of Mr Fraud

Mr Fraud is set around a famous palace which is well known for its tradition and royalty. Once, a prominent person from Delhi reach palace to solve an  issue. Consequently, instead of a solution, the issue becomes more and more complicated.

We can see Complete Actor Mohanlal in Various Avathar's in Mr Fraud, as well as the character played by Mohanlal has different names at different places.

Click to see complete cast and crew of Mr Fraud

As of now, no news regarding Mr Fraud is officially out. So we have to wait until May 17th.

Mr Fraud is produced by A V Anoop under the banner of AVA Productions. The soundtrack and background score of the movie is composed by Gopi Sunder, with lyrics penned by Hari Narayanan, Chittoor Gopi & Santhosh Varma.