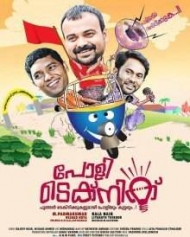 Pauly(Kunchako Boban) is belong to well sound family in a rural village of Kerala, who is a politician by profession. But, he do many helpful activites for the benefit of poor people in the village.

It is at this circumstance, Pauly's father, an Army person is killed in a terrorist attack and Pauly is forced to look after his family. Pauly started a biscuit company in his village with the help of three close friends and of using compensation money from government side, for fathers lose.

Sukumaran Nair a  member of the opposition Party does all means to disrupt whatever Pauly does. They are enemies from a very long...