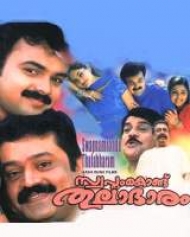 Still, Aniyan has always felt that Vishnu has managed to outshine him in most aspects of their respective lives, and suspects that he's viewed as the better son in the eyes of their father.

Their brotherhood is put to the test when Vishnu, a professor, initially ignores a female student who has fallen in love with him. The student, Ammu (Sruthika), ran to Aniyan, and though she only wanted his friendship and understanding, Aniyan mistakes it for love.