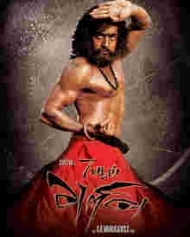 The film ‘Ezham Arivu’ is completely a new script in tamil. This movie ‘Ezham Arivu’ depicts the life story of circus people which is a rare occurrence in the tamil movies. Suriya plays the role of a handicapped circus artiste in 7am Arivu and will be performing all the circus stunts. Surya also plays the role of scientist & a buddhist monk.  Shruti Haasan will be seen in the role of Sharmili.

One of the popular music directors, Harris jayaraj has composed music for this film. The film ‘Ezham Arivu’ is produced by Udhyanidhi Stalin. The crew has planned to release the movie in three versions, Tamil, Telugu and Hindi. Suriya is undertaking a challenging role. He is adopting the character of animal trainer in this movie.

Bodhidharma, who was the Pallava king of 6th Century. He went to China and spread our tradition among them.

Movie Theme: “7am Arivu” is based on the theme of time traveling and the movie revolves around a Time Machine. This time machine is invented by Shruti Hassan as she plays the role of a scientist in the movie.

Her invention of time machine unveils the hidden truths including the Tamil culture and its ancient connection with the Chinese tradition. As the bad guys try to steal this invention but are stopped by Surya who will be playing three different roles in this movie one is scientist and another two are an aggressive monk and a circus stunt artist.