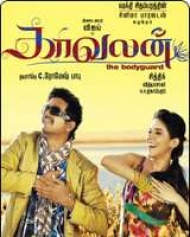 U | Comedy Romance
Release Date : 15 Jan 2011
Cast : Vijay, Asin Thottumkal
Director : Siddique
Synopsis
Kaavalan is about the strange fascination of a guy who worships anyone with a trace of heroism. He one comes across a reformed liquor mogul and now leading businessman and finds him to be his hero. He then joins him as the bodyguard to protect his beautiful daughter.

The body guard and the beautiful daughter fall in love without knowing to each other and later separate without wanting to. What happened to their love and after is the story. The first half is expected to be a hilarious entertainer while the story tales a serious turn in the second half and the climax will be a shocker.