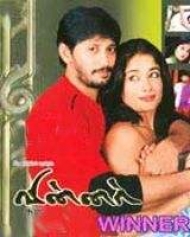 Winner is a tamil film which released in the year 2003, written and directed by Sundar C, that stars Prashanth, Kiran  and Vadivelu  in lead roles, while Vijayakumar, M. N. Nambiar, Rajkapoor, Prathap Singh, Riyaz Khan among others play other supporting roles.

The film, music scored by Yuvan Shankar Raja and filmed by M. Prasath, released on 27 September 2003 and is well known for its comedy parts, featuring the character of "Kaipullai", performed by comedian Vadivelu.