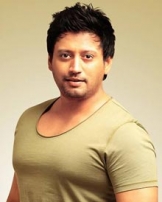 Prashanth Thyagarajan is an Indian tamil actor. Prashanth was born in Chennai and he is the son of actor Thiyagarajan. His first language is Tamil. Prashanth has a sister, Preeti. Prashanth married Grahalakshmi, the daughter of a Chennai industrialist, on September 1, 2005. The couple divorced three years later.

Prashanth studied Computer Graphics and Multimedia and went to Trinity College of Music in London before embarking on an acting career. He completed his 12th grade and was enlisted in two medical college.

In 1998, Prasanth Thyagarajan appeared in S. Shankar's film Jeans. Later, he appeared in such films as Kannathirey Thondrinal, Jodi and Parthen Rasithen, Chocolate & Winner. All the above mentioned films were sensational hits but later on after his marriage he didnt concenterate much on movies. So many of his films get floped. Then he came with Ponner Shankar and Mambitiyan which is in pipeline to release.