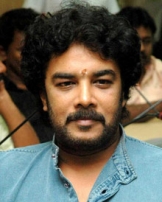 Sundar C is a South Indian film director, producer and actor. His acting debut came in 2006 with the film Thalai Nagaram.

Initially, he worked as an assistant director to actor/director Manivannan; he was introduced as a director in the family drama Murai Maman. His most notable successful films include Ullathai Allitha, Arunachalam, Unnaithedi and Anbe Sivam.

He made his directorial debut in Telugu with the film Something Something.