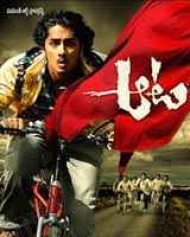 U/A | Comedy Romance
Release Date : 09 May 2007
Cast : Siddharth Narayan, Ileana D Cruz
Director : V.N.Aditya
Synopsis
Aata is a Romantic tale directed by V.N Aditaya. Sri Krishna (Siddharth) grows up watching films playing in the theater in which his father works as a movie-projectionist in a village. Satya (Ileana) is harassed by Vicky (Munna) - son of a politician - who wants to marry her. Satya escapes from home and Sri Krishna falls in love with her the first time he meets her. As the goons and police chase Satya, Sri Krishna protects her and drops her in the house of the politician. He wins Vicky’s confidence. Then, he plays a one sided game with him. At the end, the police that were working with Vicky turn against him and arrest Vicky and his parents. Satya and Sri Krishna get married.