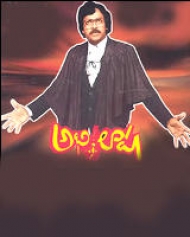 U | Thriller
Release Date : 11 Mar 1983
Cast : Chiranjeevi, Radhika Sarathkumar
Director : Kodandarami Reddy
Synopsis
Abhilasha movie story was based on an unique point of removing section 302 from Indian penal Code, which sentences death. Struggling lawyer Chiranjeevi, lives with his roommate (allu aravind) and dreams of removing IPC section 302.
Reason behind his determination was his father’s death sentence under 302, for adultery, which he didn’t commit.
Famous criminal lawyerin that city, Viswanatham (RaoGopalRao) sends an invitation to every famous lawyer for a party at his place, and by his secretary’s mistake one invitation reaches chiru and he gets a chance to meet viswanatham and express his idea about IPC 302.
He also meets viswanatham’s neice Archana (Radhika) at the party and falls in love with her.When their love starts blossoming, after a couple of...