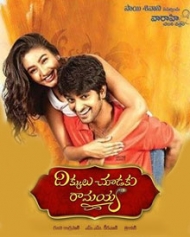 The story deals with Father and son falls in love with same girl and how the son saves his girlfriend from his dad and takes care of his mother.

Ajay played the role of Naga Shourya's father in this movie. Indraja played mother role for Naga Shourya. Trikoti who worked as a assistant director of Rajamouli is making his debut as director through this movie. Sai Korrapati producing this movie under Vaahari Chalana Chitram banner. MM. Keeravani scored music.