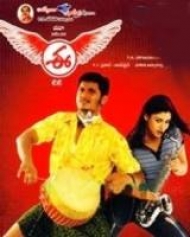 Action Romance
Release Date : 12 Apr 2007
Cast : Jeeva, Nayantara
Director : S P Jananathan
Synopsis
The movie revolves around E (Jeeva), an orphan brought up in the musty, teeming slums of Chennai by an old woman. For him money is the thing in life, he does anything for that.

He Comes across Nayantra, a bar dancer, who settles down in the same locality. After a few encounters they get acquainted with each other. E's simple ways attract Jothy.

Coming to know of his past, Jothy tries desperate to correct his ways and set him on the right path. Meanwhile Ashish Vidyarthy takes up the task of testing a medicine devised by a foreign company, which may come handy in killing people in thousands especially during times of wars.