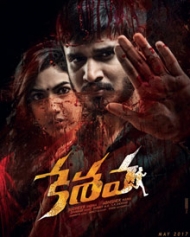 Nikhil Siddhartha, Ritu Varma and Isha Koppikar are playing the main lead roles along with Priyadarshi, Vennela Kishore are seen in supporting roles.

Keshav Sharma (Nikhil Siddharth) is a law student, and has nobody but a sister who suffers from a physical disability. Keshava kills three police officers (Raja Ravindra and two others) with the help of his childhood friend Satyabhama (Ritu Varma).

Keshava's murders become a sensational matter. A special investigation team will be set up to investigate the murders. The main investigator (Isha Koppikar) will eventually...