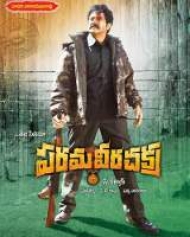 Instead she yearns to see her son as a Major in the Army, true to the promise she has given to Bobbili Puli. As Chakradhar dons various roles, an army Colonel Jeetendra (Murali Mohan) tells him that he has a story in which he wants Chakradhar to act. The Colonel narrates him a story of an army major Major Jay Simha (Balakrishna).