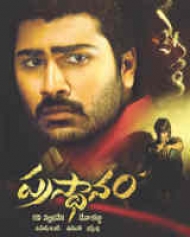 Sharvanand and Ruby Parihar are playing the main leads and Saikumar playing an key role in this movie and This film does not speak about one aspect but it speaks about different aspects. The story of this flick will revolve around three characters.

Ruby Parihar playing the role of Latha in Prasthanam film. Latha is a medical student with cosmopolitan outlook.