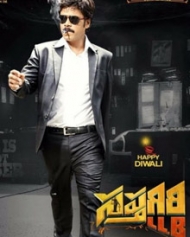 Saptagiri and Kashish Vohra are played the main lead roles along with Saikumar, Shakalaka Shankar and many others are seen in supporting roles in this movie.

The film is based on a real life theme that happened in 1999 about a hit and run case and the person behind is none other than the son of a rich billionaire, who was drunk and ran over 5 innocents.

Rajpal (Saikumar), is the most powerful and influential advocate in the country in the Supreme Court. He comes to Hyderabad High Court to appear for a case involving the son of a business tycoon, who mows down five persons sleeping in platform...