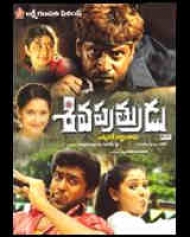 Action
Release Date : 02 Apr 2004
Cast : Vikram, Suriya Sivakumar
Director : Bala
Synopsis
Siva Putrudu is dubbed version of tamil movie Pithamagan and it is an action based movie in which, Siddardha (Vikram) takes birth in a crematorium and her mother dies immediately after his birth. He does not know anybody in the village and he was never been out of crematorium earlier.


He visits village in search of food. The village people detest his presence and try to stone him away from the village. Kamala (Sangeeta) - a ganja seller by trade - rescues him and requests a mafia leader Rayudu (Ramaraju) to recruit Siddardha.